What is a Global Money Week Campaign?
The Global Money Week Campaign is a global celebration with events and activities aimed at inspiring children, youth and adults to learn about money, saving, creating livelihoods, gaining employment and becoming entrepreneurs. It is an annual celebration that takes place during the week of March, and it is celebrated through a number of activities worldwide such as events, activities, projects, launches and competitions by more than 100 countries. This year’s event took place from 27th March to 02nd April, 2017 under the theme, ‘Learn. Save. Earn’.

When is the event going to be held in Lesotho?
As part of the Global Money Week Campaign, the major stakeholders within the financial sector in Lesotho, through the Financial Education Steering Committee (FESC) will hold the Lesotho Money Month Campaign from 02nd to 31st October, 2017. It will be designed to sanitize members of the public on the skills and techniques to better manage their personal finances. It is worth mentioning that, per the decision of the stakeholders, in the light of the importance of the event, the campaign has been changed from ‘Money Week’ to ‘Money Month Campaign’ in order to provide for adequate time that would allow increased participation of members of the public.

What is the message that will be conveyed during this event?
It would be recalled that every campaign needs to have a set of messages that forms the main thrust of the communication. These messages need to be clear, concise and readily understandable. Key messages are important for two reasons: Firstly, they are an essential part of the attitude forming process; and secondly, they demonstrate the effectiveness of the communication.
In order to promote financial management skills and address the current problem of over- indebtedness as a result of reckless spending, irresponsible borrowing and poor financial decisions by the young, adults, rich and poor in Lesotho, the theme of the 2017 Money Month Event will be, ‘I Take Control of My Money. Do You? Ke Nka Taolo ea Chelete Ea Ka. Oena? Although the theme of the Global Money Week has been tweaked to address the current problems facing our country, the messages to be conveyed during the event in Lesotho will still be aligned with the Global Money Week Theme, ‘Learn.Save.Earn’ thus emphasising the importance of the following issues to the population of Lesotho: 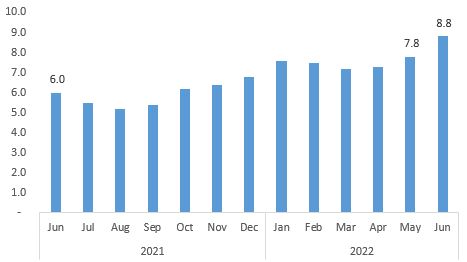