Price stability is the ultimate goal of monetary policy in many jurisdictions around the world. In environments of free capital flows, such as the Common Monetary Area (CMA), fixed exchange rate has been used as an anchor of monetary policy.

The Central Bank of Lesotho’s (CBL’s) primary mandate, as spelled out in Section 5 of the Central Bank of Lesotho Act of 2000, is to achieve and maintain price stability [in Lesotho]. This objective is achieved by ensuring the peg between the Loti and the South African Rand (Rand). This is a form of a “soft” fixed exchange rate regime, were the country’s currency is pegged to the currency of one country. Exchange rate targeting is a monetary policy strategy aiming for a given (usually a stable or even fixed) exchange rate against another currency or group of currencies. It can therefore be stated that the CBL pursues an exchange rate targeting monetary policy framework.

The peg between the Loti and the Rand is attained by maintaining net international reserves (NIR) at a level that is sufficient to guarantee that for every Loti issued there is basket of foreign currency equivalent reserves. This is the level that underwrites the peg.

The Bank operationalizes the monetary policy decision through conduct of open market operations (OMO)which influences the short term interest rates with a view to align them with those in the CMA albeit with an allowable deviation margin. This is to curb, as far as possible, the capital outflows as domestic comparable rates are expected to enhance the attractiveness of the Government of Lesotho securities relative to their counterparts in the CMA sub-region.

The OMO is conducted bi-weekly, preceded by forecasts of liquidity conditions in the economy. Conditions of excess liquidity lead to capital outflows which puts pressure on the reserves. The OMO therefore is ultimately aimed at alleviating that pressure which if left unchecked may threaten the level of NIR and by implication the peg between the Loti and the Rand.

The other tool of monetary policy is the CBL Rate, which is the reference rate that anchors all other rates in the banking sector. The CBL Rate is also set in alignment with the rates in the CMA, again with some allowable deviation margin. The argument for this broad alignment is still to curb the capital flows to the extent possible. 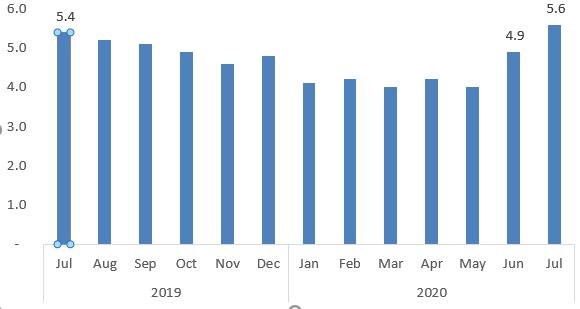